Ralf Pasker has been Managing Director of the European Association for ETICS (EAE) since 2013. In 2011-2017, he worked for German industry association for ETICS (Fachverband Wärmedämm-Verbundsysteme), where from 2015 he was the managing director. In 2017, this institution merged with the association of mortar manufacturers, creating a new organization – The association of manufacturers of insulation systems, plasters and mortars (VDPM). In 2017-2019, Ralf Pasker was the managing director of this organization. He has been a member of the board of FIW München since 2015. He is also a member of the steering committee of the Renovate Europe campaign. From 2019, he is the vice-president of the European Council for Construction Research, Development and Innovation (ECCREDI).

The climate package under the European Green Deal – Fit-for-55, refers to the EU target of reducing net greenhouse gas emissions by at least 55% by 2030. The proposed package aims to align EU legislation with the 2030 target and ensure a coherent and balanced framework for achieving the EU’s climate goals. In his speech, the author will provide an overview of European initiatives, going beyond the Fit-for-55 package, which will shape the next decade of using ETICS in Europe. He will discuss topics related to the strategies proposed by the European Commission, including Renovation Wave, NextGenerationEU, RePowerEU, and proposed changes to the Energy Efficiency Directive (EED) and the Energy Efficiency of Buildings Directive (EPBD). The author will also discuss the current challenges related to the circular economy. 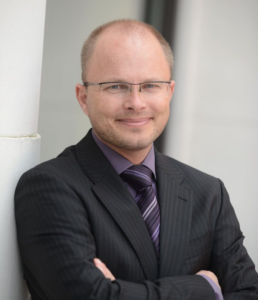 Members of the association